IT IS IMPORTANT FOR PAWRENTS TO UNDERSTAND THE SEXUAL BEHAVIOR OF THEIR PETS. FIND OUT THE SIGNS AND THE THINGS YOU CAN DO TO MAINTAIN THE HEALTH AND WELL-BEING OF YOUR FURRY LOVE.

The ability to reproduce is something that is innate not only in people, but also in animals. If you are a Pawrent or someone who wishes to be one, it would be wise to familiarize yourself with the different aspects of being a dog owner, including understanding the physiology and behavior of your four-legged friend.

Most animals are unconsciously driven to propagate their species, and for dogs, the urge to mate usually begins at puberty or early adulthood. Around this time you may start noticing your dog mounting or humping his toys or siblings. Initially, puppies don’t really understand what they’re doing and think that it’s all fun and games. However, as they mature, they begin to realize that these actions feel good, they may practice it more often and seek out other dogs to do it with.

Differences In Sexual Behavior Between Female And Male Dogs

Depending on the sex of your dog, s/he will manifest his/her sexual behavior in different ways. Females usually experience heat during the first six to 12 months of their lives. This usually happens earlier for smaller breeds, as larger ones tend to take longer to mature physically. Occurring about twice a year, the phase begins with some swelling of the vulva, accompanied by some bleeding.

During this time, a female dog will more often than not growl at any suitors or rebuke their efforts. Once the dog reaches the climax of her heat cycle, she will begin to show interest in male dogs, and may even resort to flirtation, such as backing into the object of her affection and moving her tail in a suggestive way if he does not reciprocate at once.

Male dogs, on the other hand, hit their sexual peak at around five months of age. Manifestations of this stage include frequent mounting and thrusting, sometimes even on anything. Once they reach seven months, they will start actively seeking out a mate. They are attracted by the pheromones secreted by female dogs, which are present in the urine or vaginal secretions. Sexual contact will usually occur when the male dog is one year old and is usually preceded by licking, pawing etcetera.

Regardless of their natural physical urges, the environment in which a dog is raised may have a bearing on his/her sexual conduct. When a male dog is raised away from other dogs, he may display excessive mounting/thrusting for a longer period than those dogs who are exposed socially to other canines. This is because he is not familiar with the norm. This type of dog will need more time catching up and interacting with a mate.

Similarly, a dog who lives in fear or is considered a subordinate in his pack, may exhibit a lower sexual drive than other dogs. This demonstrates that a canine’s surroundings play an important role in his/her growth and maturity.

Sexual behavior is very normal for dogs, however, males tend to have continuous urges, while adult females will have the need to mate during their heat cycles. The incessant sexual need of male dogs may lead them to wander looking for mates and this will eventually become dangerous and unhealthy for them. It may also lead to unwanted puppies. To safeguard the health of your pet, neutering and spaying are viable options.

Neutering for male dogs can help curb their mating impulses. In addition, once they are castrated, they will cease feeling the need to wander in search for a mate. Furthermore, they tend to become less aggressive to their fellow males and their urine marking will also significantly be lowered. Since neutering will lead to a reduction in their testosterone levels, they will exhibit less sexual conduct such as mounting and thrusting, which you as a PAWrent will surely appreciate.

Spaying for females means that they will no longer come into heat and their interest in male dogs will cease to exist. In the same manner, because she will no longer have the pheromones which male dogs find attractive, your female dog will not draw possible mates and/or strays anymore.

Neutering and spaying will definitely serve to control the sexual behavior of dogs, however, some canines may still resort to mounting and other actions even after the procedure. It may take a significant amount of time for your dog’s inappropriate behavior to decrease or stop altogether. Just be patient and care for them the best way you can. What’s for sure is that by neutering or spaying your pet, you will be helping your furry one to have a happy, balanced and healthy life in the long run. 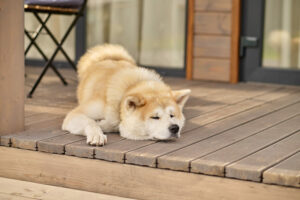 Important Note for Pawrents: Normal vs Abnormal Behaviors in Pets 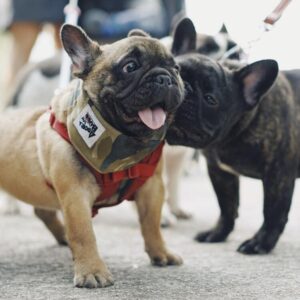 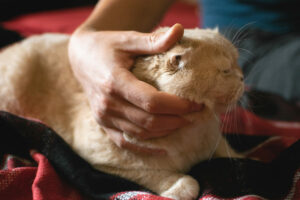 Beware of Heat Stroke in Dogs and Cats! 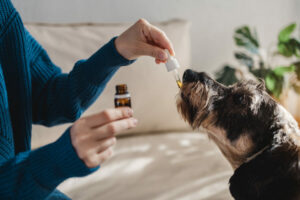 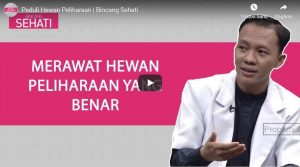 Groovy Vetcare’s Veterinarians Were on TV! 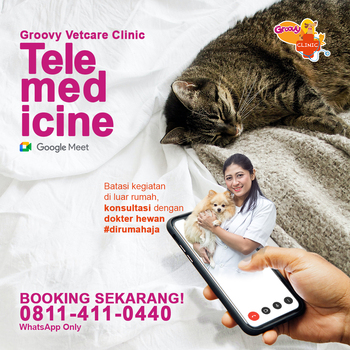